What Are the Different Types of Pulmonary Fibrosis?

Scarred lung tissue is compromised in function and efficacy. Consequently, breathing and gas exchange in the lungs becomes less efficient. This, in turn, leads to lower levels of oxygen concentration in the blood, which manifests itself to the patient as shortness of breath and a chronic, dry cough.

Reliable estimates of the prevalence of this disease are difficult to calculate, but one recent study estimates that about 500,000 people in the U.S. are currently living with one form or another of PF.

“Idiopathic” simply indicates that, unfortunately, the exact cause of fibrosis is actually unknown. This uncertainty makes it the most common type of pulmonary fibrosis and one of the most difficult to treat. However, it is still considered very rare, globally affecting only 13 to 20 per 100,000 individuals.

Idiopathic pulmonary fibrosis is a serious, life-threatening condition with an estimated life expectancy of three to five years following diagnosis. However, with advances in treatment and medication, many people have been reported to live longer than expected.

The familial type can be distinguished from the idiopathic type primarily by observing the patient’s family medical history. The idiopathic type only affects one individual in each family and is therefore referred to as “sporadic.” However, if one family has several individuals displaying symptoms of pulmonary fibrosis, this is determined to be a familial case.

The symptoms and possible complications are comparable in severity to the idiopathic type. However, if observation of the family’s medical history allows physicians to catch the disease at an earlier stage, a more optimistic prognosis and a longer life expectancy are generally possible.

NSIP is a highly uncommon disorder of the alveoli in the lungs. The alveoli are tiny air sacs in the lungs that are the location of gas exchange. They are encased in a mesh-like tissue of capillaries that are thin enough to allow for gas diffusion. In NSIP, these mesh walls become inflamed.

NSIP itself is often idiopathic. The exact direct cause of this inflammation is usually unclear, although one hypothesis is that it might be the result of an autoimmune condition or a combination of complex genetic factors.

There are two categories of NSIP: cellular and fibrotic. Fibrotic NSIP is the type that is associated with pulmonary fibrosis and occurs when the inflammation of the alveoli walls is accompanied by tissue thickening and scarring.

Prognosis for both types of NSIP is usually very positive. The cellular type typically has higher survival rates. However, even NSIP has a five-year survival rate of only 86 to 92 percent. 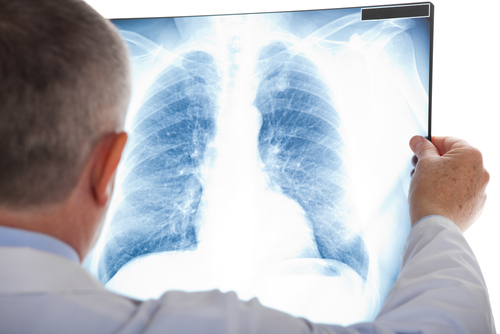 COP is a disease of the bronchioles and the alveoli in the lungs. In this condition, inflammation of lung tissue blocks the bronchioles, which are the smallest airway channels that lead to the alveoli. “Cryptogenic” indicates that the direct cause is unknown.

The first symptoms of COP usually are flu-like in nature. Many report a cough, fever and fatigue. As the disease progresses, patients tend to experience increasingly noticeable shortness of breath even when sedentary. A few cases have also reported chest and joint pain.

COP is typically treated with oral steroids, a highly effective treatment that usually results in recovery within a couple weeks. However, if left untreated, COP can result in irreversible pulmonary fibrosis.

Sarcoidosis is a disease that is characterized by the collection of granulomas (a type of inflammatory cell) in the lungs, lymph nodes, eyes and/or skin. The exact cause remains unclear, but health professionals hypothesize that it is an immune response to some inhaled substance, like bacteria, viruses, dust or chemicals. Some individuals may have a genetic predisposition to the disease.

The exact way in which the disease manifests depends on the organs and areas affected. The symptoms may also come and go. Because of this, sarcoidosis often goes undiagnosed for many years, until the patient receives a chest X-ray for another condition.

If sarcoidosis spreads to the lungs and is left untreated, it can lead to pulmonary fibrosis and, thus, irreversible scarring of the lung tissue.

Treatment of sarcoidosis is relatively straightforward and typically involves the prescription of steroids, usually prednisone. If correctly diagnosed and treated, the prognosis is quite good. Mortality rates are less than 7 percent, and there is a low rate of relapse.