What Is Systemic Enzyme Therapy?

There are scores of acute and chronic illnesses for which the cause is unknown. Idiopathic pulmonary fibrosis (IPF) is one of them. And there are many more diseases that aren’t yet curable. IPF, unfortunately, belongs to this group, too!

If you’re living with one of these diseases, finding ways to improve your quality of life is essential. While some researchers are focused on cures, many others in laboratories across the world are developing treatments and therapies that slow down progressive diseases, reverse damage once thought to be permanent and help individuals return to as normal a daily routine as possible. Systemic enzyme therapy is one of these therapies.

What Is Systemic Enzyme Therapy?

Systemic enzyme therapy uses enzymes to support the body’s immune system in fighting various conditions—and, in some cases, promoting the healing of scarring and other damage that was once thought to be permanent and untreatable. For diseases with no cure on the books, the possibilities of such treatment support seems miraculous.

But it’s true. Over the past 10 years, studies have shown that systemic enzymes, taken regularly, have a positive impact on prognosis. Some people are living longer with less pain and fewer debilitating symptoms by adding one more therapy to their treatment plan: systemic enzymes.

Enzymes are proteins that are naturally present in living organisms. They’re the molecules that make things happen by triggering chemical reactions within cells. These reactions enable all sorts of activities, from digestion to growth and repair to sending messages throughout the body.

When we’re talking about systemic enzymes, we’re focusing on the enzymes that are active in major body systems. These include the gastrointestinal system, the cardiovascular system, the nervous system and, yes, the respiratory system.

The Origin of Systemic Enzyme Therapy

We haven’t always known how enzymes work in the body, but that hasn’t stopped us from using them as a form of medicine. Systemic enzyme therapy can be traced back for centuries in Central and South America, where it continues to be used as a complementary treatment for a variety of different health problems, including cancer.

In 1911, scientists began theorizing how enzymes could be used systemically to treat cancer. In the 1950s, doctors began putting that theory to work. Its popularity has grown slowly over the decades. Today, it’s being incorporated in treatment plans for people diagnosed with a variety of progressive, chronic and incurable diseases, including IPF.

The answer: maybe. So far, studies have found promising results and few, if any, side effects for people with IPF who have taken systemic enzymes. The enzymes currently in use by people with pulmonary fibrosis include nattokinase and serrapeptase. Both these enzymes promote the breakdown of fibrin, which is the scar tissue build-up in the lungs of people with Pulmonary Fibrosis.

The development of scar tissue puts the “fibrosis” in “pulmonary fibrosis.” While systemic enzyme therapy isn’t a viable cure for the disease, it has the potential to help slow down the progression of the disease. While the scarring caused by IPF is still considered permanent, using enzymes to break down the fibrin is a promising development.

How else are systemic enzymes being used? They are helping…

Systemic enzymes have been shown not just to decrease the build-up of scar tissue, but also reduce inflammation, having major ramifications for people with chronic debilitating diseases such as pulmonary fibrosis.

The enzyme supplements are taken orally on an empty stomach. They pass into the intestines, where the capsules are broken down and the enzymes are absorbed into the bloodstream. There, they travel to different parts of the body — the lungs in the case of people with PF — and go to work.

The potential benefits are real. However, you shouldn’t start new therapies or change your treatment plan without discussing it with your healthcare team first. It’s important to take your unique situation into account. Your pulmonologist and the other medical professionals you see regularly should be able to advise you on your next step with systemic enzyme therapy.

Life after Diagnosis: Living with COPD 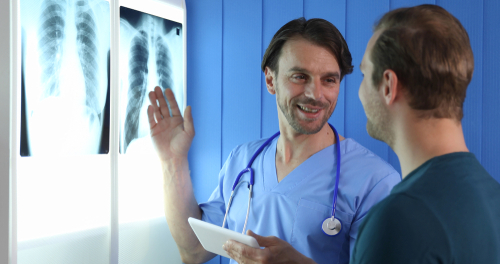 If you’ve recently been diagnosed with chronic obstructive pulmonary disease or COPD, you might be feeling overwhelmed by the task Read more

How to Cope with your Pulmonary Fibrosis Diagnosis 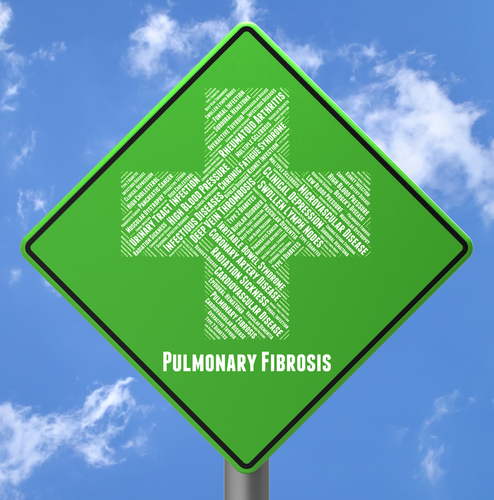 Your doctor has told you that you have pulmonary fibrosis. Suddenly, you are faced with a life-altering condition. So what Read more