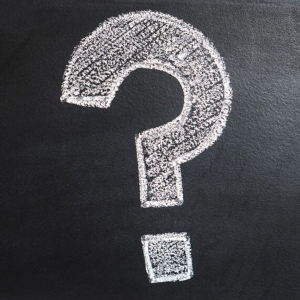 You may get your initial diagnosis early in the progress of the disease – the mild stage.  However, you may not show symptoms until your lungs already have quite a bit of scarring.  If this is the case, you may have already reached the moderate stage.

You will probably feel a great deal of shock when you get this devastating diagnosis.  You are likely to want to read as much as possible to get a thorough understanding of what idiopathic pulmonary fibrosis is and what you can do to alleviate some of your symptoms.

Steps that Your Doctor Will Suggest

Your doctor will provide you with detailed information on what to expect and what you can do to slow the progression of the disease.  He or she will also probably recommend a support group to help you deal with the symptoms and get support from other people who are fighting IPF.  They understand what you are going through.

Your doctors will focus on providing palliative care to keep you comfortable.  This can include powerful drugs to help you tolerate your breathing difficulties.  Drugs prescribed include opiates such as morphine or benzodiazepines – tranquilizers such as Valium, Xanax, or Klonopin.  Palliative care usually involves a team that includes doctors, religious leaders, nurses, psychologists and other health care professionals to address every aspect of your life.

Advanced care planning becomes critical at this stage, so your medical team knows what your wishes are and can respect them.  For example, when it becomes extremely difficult to breathe, your doctors may recommend that you go onto a breathing machine to keep you alive.  Many people do not survive long at this stage, and you may not want to take this step.

In rare cases, IPF does run in families.  Patients in this category generally show symptoms at a much younger age than other patients.

Is There a Cure for Idiopathic Pulmonary Fibrosis?

Unfortunately, there is no cure for idiopathic pulmonary fibrosis (IPF). However, there are promising new drugs and alternative treatments that can help extend your lifespan.

There are steps you can take to manage your condition, so it is less debilitating.  Many patients find that they can maintain more of a normal lifestyle by taking steps on their own.

What is the Typical Prognosis?

The average time that patients survive after their diagnosis is 2-5 years.  However, since this figure is an average, you could live longer after your diagnosis.

The prognosis for IPF has changed over the years.  The average time that patients survive is considered to be shorter than it was in previous years.

With the advent of high-resolution CT scans, doctors can diagnose the condition more effectively.  Therefore, they can focus solely on patients with IPF.  The studies used to include patients with similar symptoms, but different types of pulmonary fibrosis that are less severe than IPF.

What is the Typical Age for Diagnosis?