Everything You Need to Know About Drug-Induced Pulmonary Fibrosis

If you’ve ever read the fine print attached to a prescription drug, you know that there are reasons to beware of pharmaceuticals. Medications can cause all sorts of things–from upset stomachs and headaches on the mild end of the spectrum to blood clots, arrhythmia and infertility on the serious side.

For many patients, these side effects are worth it—yep, even the terrifying ones that make you think twice about swallowing those caplets. When you’re staring down a debilitating chronic disease or a fatal one, like cancer, most patients choose treatment. Sometimes, though, that treatment may trigger yet another disease: pulmonary fibrosis.

What Is Drug-Induced Pulmonary Fibrosis?

Pulmonary fibrosis (PF) is a progressive lung disease that causes scarring in the lung tissue. This scarring or “fibrosis” in “pulmonary fibrosis” occurs in the wall between the air sacs or alveoli in the lungs, and the capillaries that carry deoxygenated blood to the lungs. Gases pass through this wall, allowing your body to send oxygen out to the rest of your body and exhale carbon dioxide.

In healthy lungs, that wall is the width of a single cell. Once pulmonary fibrosis sets in, fibrin begins to form around it, slowly increasing it’s thickness until gases can no longer pass through.

Scientists aren’t exactly sure how these drugs cause pulmonary fibrosis. It is theorized that some medications tend to concentrate in the alveoli and cause inflammation. The body’s immune response, which can include localized swelling, can eventually lead to the formation of scar tissue. Some drugs act as antigens or allergens, leading the immune system to attack the lungs instead of healing them.

What Medications Are Known to Cause Pulmonary Fibrosis?

There is no single class of medications that causes pulmonary fibrosis. The association ranges across a swath of different drug types that are used to treat conditions of varying severities. Even aspirin and NSAIDs have been linked to PF. 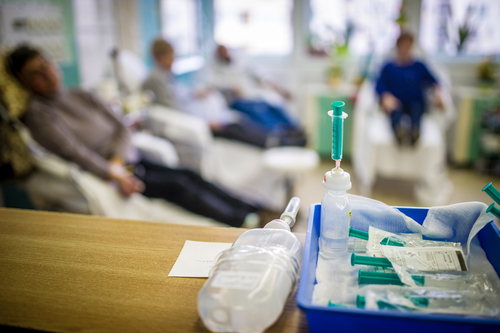 Some drugs known to cause pulmonary fibrosis and other lung diseases include:

There is also a miscellany of other pharmaceutical culprits that don’t fall into these categories. One example is bromocriptine, which is used to regulate the hormone prolactin. Another is cabergoline, which is a treatment for Parkinson’s disease.

Did Drugs Cause My Pulmonary Fibrosis?

Unfortunately, this question is difficult to answer, and it’s one you’ll have to direct to your team of healthcare professionals.

Why? Well, lung damage tends to be cumulative rather than incidental or caused by one isolated event. When a patient is diagnosed with lung disease, it is frequently caught years after the damage begins. In the case of drug-induced pulmonary fibrosis, the damage can start occurring months or even years following the administration of the drug in question. 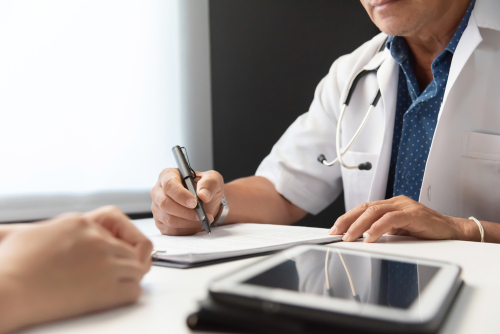 For doctors to diagnose someone with drug-induced pulmonary fibrosis, it’s not enough for the patient to have taken a drug known for causing pulmonary toxicity. They also must be able to eliminate all the other risk factors for the disease. These include everything from occupational hazards like grain dust to environmental risk factors like cigarette smoking, lung infections like pneumonia to other chronic diseases like rheumatoid arthritis.

This high diagnostic hurdle is why researchers suspect that drug-induced lung disease is under-diagnosed. If you merely look at pulmonary fibrosis, which is just one type of lung disease, you’ll find that one-third to one-half of PF diagnoses are idiopathic, which means that the cause is unknown. Sometimes, it’s impossible for doctors to pinpoint the precise cause.

Whether you’ve been treated with a drug that’s known to cause pulmonary toxicity or not, respiratory distress isn’t a problem to sleep on. There are all sorts of things that can contribute to or trigger lung disease, and certain pharmaceuticals are only one of them.

If you’re curious about whether you might have drug-induced pulmonary fibrosis or another type of lung disease, it’s important that you speak to a pulmonologist and schedule a screening as soon as possible.