Our Interview with Debbie Sullivan

We interviewed Debbie Sullivan, who lost her father, Benny Sullivan, to pulmonary fibrosis in September 2019 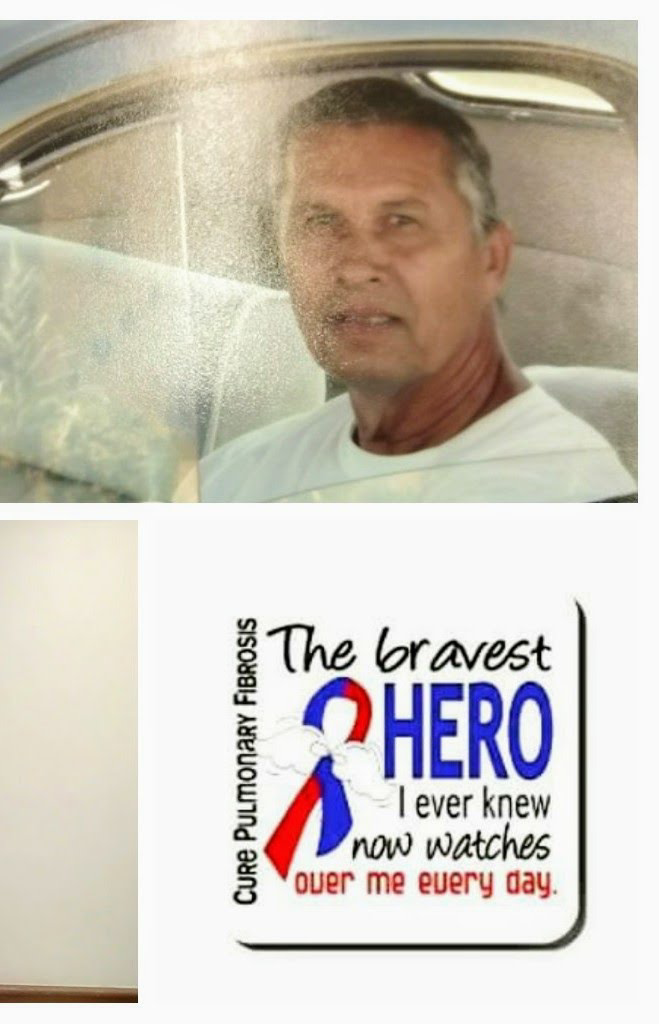 ”Be compassionate, slow down and spend time with them. Let them do anything they feel capable of doing.”……Debbie Sullivan

PF NOW: When did your experience with pulmonary fibrosis begin?

Debbie: My dad was diagnosed a little over six years ago when he had a heart attack. So when they worked on his labs and x-rays, that was in the report but that wasn’t something that they clearly explained to my dad or my family. It wasn’t until we went to the Mayo Clinic after his chronic cough and they had gathered all the records that they had found out that he had had that for that length of time. Just like everyone else, we were searching for something to help him.

PF NOW: How was he diagnosed?

Debbie: They checked to see how much more fibrosis had developed by comparing his x-rays and at that time it was not very rapid, but after that it just kind of blew up.

PF NOW: Did they ever diagnose the cause of it?

Debbie: They called it idiopathic. My dad’s line of work was in engine aircraft containment in the Navy, and then he worked in the steel mills for about 10 years. Then he owned his own paint and body shop for over 30 years. Back in the day, they had to do things like manually stir paint with the hardener, which is something that no longer needs to be done today. It could have been just a whole number of those things. He also did smoke, and he quit about 20 years ago, if not longer.

PF NOW: Once he was diagnosed, what was his daily routine like?

Debbie: Well, we tried to keep him as active as we could. With the breathing exercises and therapy, things like that. Basically, anything that he felt like he could do. He knew that his days were numbered, and we encouraged him to stay as active as he could. He could not take the medicine, Esbriet, that they had given him because it made him so sick. That’s kind of where I found your group, because I do think that I would love to see help for other people, that their family members would not have to see this disease that is not curable, on top of having to take medication that makes them extremely sick. The main thing I did with my Dad was to make him feel as normal as possible. I would take him to do whatever he felt like he could do. Whether it was a trip to the casino, aquarium, or just to sit and talk. Even though he was very short on breath he appreciated just being treated as he otherwise normally would have been. When he had a coughing spell, I would stop talking until he was able to carry on. I would promote hot drinks.

PF NOW: When did his cough worsen?

Debbie: He had already had a lingering cough, but I think it was maybe like ten years in where it progressed to a great cough. When this progressed, it seemed like it went in steps. Sometimes, he would stay at the same levels for like six months, and then other times it was just a rapid decline and he would stay there for a week or so.

PF NOW: Once he got worse, how did it limit him?

Debbie: My dad used to be a pilot, and he re-built three airplanes and restored older cars and airplanes. He tried to do this as much as he could, and when he felt like he was out of breath, he would come into the house and rest for a bit. He and my mother also liked going to the casino, and it went from them going up there together for three hours to them only staying for one hour. He kept trying to do daily things, but he eventually had to use a motorized scooter, and even on the scooter, he  would just be exhausted. In the end, he had two oxygen machines and he still was not getting the oxygen he needed because it was not going where it needed to be in his body. It was horrible and is why I have so much admiration to you and to those people who are trying to help those with this disease.

PF NOW: Any unexpected challenges that you faced?

Debbie: Whenever your parent has to use the restroom, and you are out somewhere and have to rush home or find them a restroom, or even inside the house and have to ensure that they are where they need to be, that’s embarrassing for them. I think that this is something that’s overlooked. They also get irritable – my dad got irritable – and sometimes I would have to tell another person to maybe back off or to do something else and then continue the conversation. You know, when you’re so tired and you’re hurting so bad, sometimes you don’t want to talk. Sometimes you just want the company. I was luckily able to get a few months off of work to spend with him before he passed away, and I know a lot of people are not in that position. But if you are able to take off, spend time with your family. Instead of going to Hawaii, spend time with your dad or your mom.

PF NOW: What medications was he prescribed?

Debbie: He was on Esbriet and another medication that I cannot remember the name of. He did take inhalers but they did not seem to work. He was also given cough syrup with codeine. The other medicine he tried is Ofev. The mainstream drugs zombie them out as they spend the last remaining days. I’m all for natural treatment that allows dignity during the remaining days of IPF. Thank God for you and the research of a more human approach. The evening before he passed away, it was awful. They gave him a lot of morphine and I think they knew he was going to pass away, and no one was discussing this with my mother, so that was hard.

PF NOW: Any advice that you have for the community or those going through similar experiences?

Debbie: I would say just spend time with your family, try to understand that they are hurting and that they are scared of the unknown. I think that was one of the hardest things for my dad. That and signing the DNR. We tried raw pineapple juice and that helped settle his cough down. We also wanted to have him participate in a research trial, but he went down so quickly that we didn’t even think he would be able to travel that far. We tried to find every option that we could in order to help him. Sometimes, I would hear people asking, “Are you feeling better?,” or say things like “I understand” or “you look good – like as if there is nothing wrong with you”. So I know that people mean well, but there’s no way that we can understand what they’re going through. If I was to tell any family members that were going through this with one of their own, I think I would just tell them to be compassionate, to be able to slow down and spend time with them, and to let them do anything that they feel capable of doing.

To connect with people in the PF NOW! community: join our online forum, and attend our virtual support groups on Zoom.