What’s the difference between Pulmonary Fibrosis, COPD and Cystic Fibrosis?

If you or one of your family members has been diagnosed with pulmonary fibrosis, chronic obstructive pulmonary disease (COPD) or cystic fibrosis, you may be confused by these three conditions. Because these conditions all affect the lungs, their symptoms may seem very similar. In this article, we’ll discuss each condition to help you understand these three distinct diseases and their expected treatment plans. 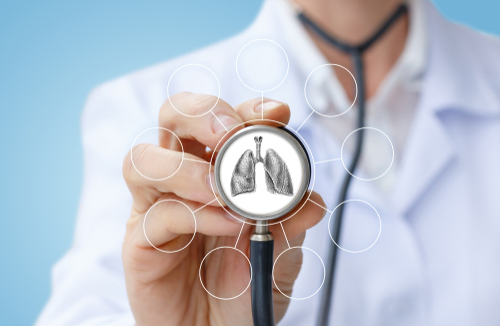 Pulmonary fibrosis refers to a condition of the lungs in which the tissue thickens and becomes scarred. This condition is relatively rare; the global prevalence of the idiopathic form — the most common form that is not associated with other diseases or as a side effect of medications — is estimated to be 16 to 20 incidents per 100,000 people.

The exact causes of pulmonary fibrosis are usually unknown. In these cases, the condition is referred to as “idiopathic.” In other situations, the fibrosis might be related to genetics or result from conditions such as nonspecific interstitial pneumonia, cryptogenic organizing pneumonia or sarcoidosis. Additionally, sometimes medications — especially chemotherapy drugs, heart medications or antibiotics — can cause permanent lung scarring.

Scarred lung tissue is less flexible and unable to function as effectively as healthy tissue. In other words, breathing and gas exchange has reduced efficacy, leading to lower concentrations of oxygen in the blood. This leads to visible symptoms such as chronic shortness of breath, even while simply sitting, and a chronic, dry cough.

Scarring of the lung tissue is irreversible, but there are still treatments available to help people with PF. First of all, the FDA has approved some medications that can slow the progression of PF and lesson breathing challenges. Many people have improved their lung capacity, strength, and symptoms from oxygen therapy by using supplemental oxygen. People experiencing severe cases may qualify for lung transplants. There are also trained professionals who can help with pulmonary rehabilitation.

As for the prognosis for people with PF, it does vary from person to person. In the past, the life expectancy after diagnosis had been estimated to be 3-5 years; fortunately, due to advances in treatments and medicine, many people now live much longer. Sometimes people notice their symptoms worsen quickly over the course of days or weeks (referred to as “acute exacerbation“). In other cases, people might notice mild or moderate symptoms that gradually get worse over the course of multiple years. There are also people who report long periods of stability, then notice periods of more rapid progression.

No matter your treatment plan or prognosis, there is support available to you. You are welcome to reach out with questions here, and to share your story and connect with other people who have (or are impacted by) PF in our online community forum here. 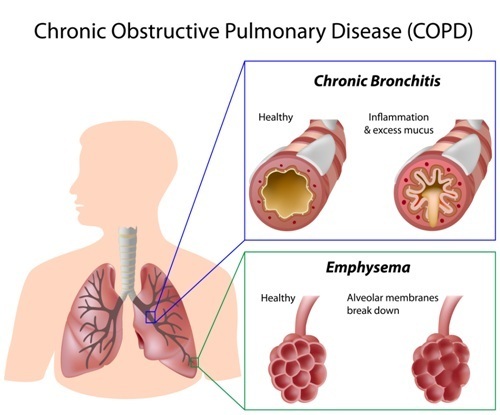 Previously referred to as ‘chronic bronchitis’ or ‘emphysema’, chronic obstructive pulmonary disease (COPD) is a disease of the lung characterized by chronic obstruction of airflow. This obstruction is not fully reversible and interferes with normal breathing function.

COPD is usually the result of consistent, extended exposure to pollutants in the air that are harmful and irritating to the lungs. Some examples of these substances include cigarette smoke, chemical exhaust from industrial plants and dust.

In COPD, the damage accrued by the lungs over time leads to a loss in elasticity of the lung tissue that is responsible for proper exhalation. When this elasticity is lost, some waste carbon dioxide is left in the lungs at the end of exhalation, leading to carbon dioxide buildup in the body.

Other symptoms of COPD include wheezing, a tight feeling in the chest, blue lips and nail beds and uncontrollable weight loss.

Unfortunately, the elasticity lost by lung tissue in COPD cannot be restored, and thus the condition cannot be fully healed. However, there are many highly effective treatment protocols that can relieve symptoms and prevent complications. These medications include bronchodilators, oral and inhaled steroids and antibiotics to treat the respiratory infections that often accompany and exacerbate COPD symptoms. Some patients have experienced symptom improvement after taking systemic enzyme supplements.

For most mild forms of COPD, treatment other than smoking cessation is not necessary. However, even very advanced stages of COPD can be effectively managed to give the patient many more years of high-quality living. 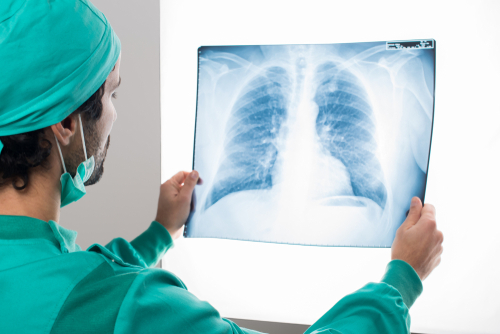 Cystic fibrosis is a genetic disorder that results in thickening tissue and buildup of mucus in the lungs, pancreas, liver, kidneys and intestines.

Cystic fibrosis is inherited in a recessive pattern. Both parents must have copies of the defective gene and pass these defective copies down for the child to develop the condition, which affects around 30,000 people in the United States and 70,000 in the world.

Individuals with CF develop a thick mucus that can block the airways in the lungs. This mucus buildup results in troubled breathing and an increased susceptibility to respiratory infections, as mucus traps the bacteria and is unable to be removed efficiently. This condition also has severely debilitating effects on the digestive system, resulting in stunted growth and weight.

Because cystic fibrosis is a genetic disorder that affects so many organ systems, there is no existing cure, and patients must work closely with a team of healthcare professionals their whole life to manage their disease. Most treatment protocols involve inhaled medication to thin the mucus in the airway, enzyme supplements to help with digestion and techniques for mucus removal. Although extremely draining and time-consuming, these protocols can greatly extend the length and improve the quality of life in CF patients.

Some recent research has developed treatment that directly addresses the defective protein involved in CF.

If you have more questions, or for more information about your specific condition, consult your physician.

To learn more about PF and other pulmonary conditions, visit these links:

Never disregard professional medical advice or delay in seeking it because of any information received from us.
EducationDiagnosis